Letter #80 comes from Robert in Canada.He lives in a small town called Timmins,Ontario.He started off by telling us the good things about his city:
•It's easy to get around by car,he can get from one end of the town to the next in 25 minutes
•There are no long lines at the stores
•Not much traffic
•It's surrounded by nature and is a fairly safe city

Now on to the negatives of his city:
•Not much to do,limites restaurants and no galleries or museums
•You always run into people you know,which can be both positive and negative
•The weather is awful!Cold winters with lots of snow,so it's very depressing!

He lives with the same belief that we do,just make the best of it until something better comes along.Robert says he's a busy guy and is always on the go.He spends his weekends on postcrossing and doing mail art.He also likes to meet his friends at the coffee shop.His new hobby of mail art keeps him busy,as does his blog.

Robert also likes video games and old movies.He doesn't like the more recent movies that Hollywood puts out.He also likes nature and the outdoors.He says he can't wait till summer so he can hit the beach and start hiking and running.He loves running so much that he signed up for a 5k obstacle race in July (good luck on your race),he says he didn't realize how intense the race would be and he's a little nervous,but I'm sure he'll do just fine!As he says in his letter,he is on a "runners high" so take it as far as you can!He has ran 5k's,10k's and half marathons.He likes the half marathons the most.He hopes to run a full marathon one day,but it's hard for him to stay focused on a training plan....I say if you want something bad enough,you gotta work hard at it and sacrifice everything for it,give it your all and you can be successful at anything if you try hard enough.

Robert has also enclosed some wonderful postcards along with his letter,which you can see below: 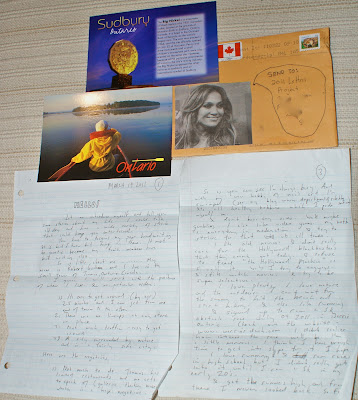