Letter #91 comes from Yasara in Sri Lanka.She wrote a main letter and then three separate letters for each of my daughters.She said that Sri Lanka is a small island located a little below India,in the Indian Ocean.It's also called "The Pearl of the Indian Ocean".The capital has a very long name,Sri Jayawardhenapura Kotte...I think it's best to break it down when attempting to read it,it becomes a lot easier.There are about 20 million people in her country.She said that she recently read in a newspaper that it is a little smaller than West Virginia.She says that the island is like the palm of your hand.It's funny that she mentions that because when we lived in Michigan,everybody would always use their hand to show which part of Michigan they lived in,if you look at the palm of your right hand,we were close to the thumb,but south of it.We always thought it was such a cool way to tell people where you lived...you can't do that with any other state,can you? :)

Sri Lanka is popular for tea,cinnamon,beaches,elephants and much more.Sri Lanka is the world's number one exporter of tea.She says that if you have heard of Ceylon tea,then that means it's Sri Lankan tea.Ceylon is the name the British people used to call Sri Lanka,so the name Ceylon is still popular today because of the tea.European countries,Japan,China and a lot of other countries buy their tea.She said there is tea everywhere you look,even on the mountains and that it's quite a lovely scene to look at in person.

Cinnamon is another popular food from Sri Lanka,with more than 90% of the world's cinnamon coming from her country.So they use cinnamon a lot when cooking.

Sri Lanka is also popular because of their beaches.She said that the prettier beaches are located in the south and you can see a picture of one of them below this post.In 2010,it topped as the best tourist destination,so it has been a really popular place for tourists to visit.

The mother language of Sri Lanka is Sinhala and the second languages are English and Tamil.Yasara speaks Sinhala and English.She also says that Sri Lanka is a Buddhists country,but there are some other religions,too.

Thanks Yasara for the letters,recipe for toffee and pictures!Please enjoy her letters and pictures of her country below: 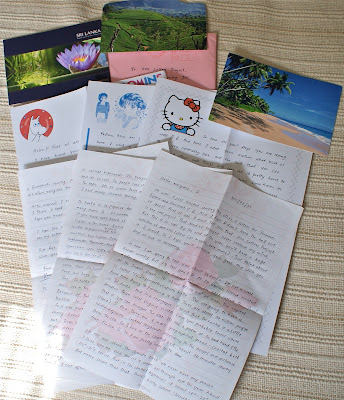 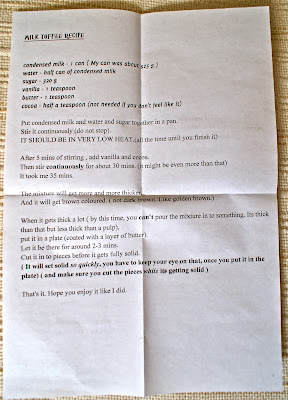