Letter #171 comes from Kathleen in Australia.She lives in an area known as South East Queensland with her husband and two sons.She has sent us pages upon pages of information about her country along with many brochures and other goodies,so I will try to put in as much as I can.She has only begun penpalling just a few years ago and found our blog while searching for letters and letter writing blogs.She said she loves to write fat letters,which is great because we love to read fat letters. :) Like myself,Kathleen is the oldest of three children and says that people often come to her when they need a shoulder to lean on or just a boost in their life.

Heather and her family also have a couple of pets- a dog,two cats,two chooks,two ducks,sheep,one pig,ten zebra finches,tropical fish and a partridge in a pear tree...ok,so no partridge,but I just had to get that out. :) She has always been around nature/animals and loves it.Her parents also have a sheep and cattle property.

I didn't realize just how large Australia really is until after reading her letter and actually looking at the grpahics she enclosed showing just how big Australia is in comparison to the U.S.Even though her and her parents live in the same state,it's a nine hour drive to get there,so they try to get there a few times a year.

She also says that Australia is a dry continent and they often struggle with drought and this year they had floods,which probably was just as bad as the droughts for the farmers there.Like many of you may already know,since they are in a different hemisphere from the U.S.,they are in a different season right now,it's the beginning of winter.They also drive on the opposite side of the road.Even though they are a vast country,they have a small population due to large tracts of land that are inhabited.

Australia is also home to some unique creatures,such as kangaroos,possum,koala bears,emu,echidna,crocodiles,wombats,and platypus,just to name a few.Kathleen says that she has seen all of those animals and has held most of them.Her parents even have wild koalas on their property,along with kangaroos,emus and other native animals.All we see in our yard are the occasional deer,rabbits,and plenty of birds.She even had a pet kangaroo as a kid,until it was killed by a fox.Can you imagine having a pet kangaroo?

Kathleen and her siblings were homeschooled for a few years because they lived so far from town.When they were older,they went to school,but it was a one hour trip on the bus each way,so that made for a long day.She also says that even though her and her siblings are all different,they have gotten closer as adults since they are sharing similar situations in life.

Kathleen's favorite part of the day is early in the morning when most people are still asleep and the native animals are heading home after a night of activity or for a pre-dawn graze on the dew dropped grass.That's when the day is so new and fresh and full of possibilities.One of her favorite memories is as a kid,laying on her bed at night and hearing the birds sing their lullaby on a moonlit night.Sometimes she would sit on the porch and enjoy listening to nature and looking at the brightness of the night sky that she doesn't have in her area.I must say that I know what she is talking about because early in the morning,we'll open the windows to the sound of many birds singing the most beautiful song so early in the morning...it is so peaceful.That is when you hear them the most.We have so many different birds taht visit our property and we have one that has even made a nest under our carport on top of some vines.It is too high up for us to see if the babies have been born yet since you always hear so many birds,we don't know if they hatched or not.

In general,Australia has such a beautiful climate that many people love to eat "alfresco",which means outside.I love eating outside,but we have too many of natures smaller creatures attacking us,such as stink bugs,wasps,bees,mosquitos,etc....all the little creatures we don't like,we have. :) So we no longer enjoy outdoor picnics since we figure the neighbors will start thinking we are really weird when we all start running around and hollering. :) Tourists generally love the weather there since it's much warmer than Europe...many people even go swimming in the winter there.

She says that Queensland is known as the "Sunshine State" and has been recognized by a phrase relating to the weather- "Beautiful one day,perfect the next".I must say that is the best weather to have!

The flag of Australia features the stars of the Southern cross,the Union Jack and Commonwealth or Federation Star ,which has seven points representing the unity of the six states and territories of the Commonwealth of Australia..The Australian National Anthem is one of their most important national symbols.

Here are a few Australian word usage, or "slang" that she told us about:

loo or dunny means toilet
flat out means busy
bloke means a man
fair dinkum means to be honest
shout means to buy someone a drink
arvo is short for afternoon
chook means a chicken,usually a hen
cuppa means a cup of coffee or tea


Along with her fabulous letter,she sent us a variety of info and brochures.She really sent so much to share with us about her fabulous country!She also included stickers,brochures,clippings of her area and animals,stamps,play money,a flag,a recipe for Chocolate Slice and Anzac Biscuits,etc.She also included pictures comparing Australia's size with the U.S. and with all of Europe...I thought that was an excellent way to show their size.She even included a sample of Vegemite,which I know is famous with Australians,but most people dislike the taste...I'll probably have my daughter taste test it for us since I'm not too brave about trying new foods. ;)

Oh,since this post was about Australia,I wanted to recommend a great movie that my girls and I have really enjoyed,it's called "The Rabbit Proof Fence",about the aboriginal people....it's really a sad story & I think you can watch it on youtube.I highly recommend you watch this great movie.My girls and I talked about it for days after watching it.

Thanks so very much Kathleen for all the goodies you enclosed....you have really sent us so much to tell us about your country and we truly appreciate it!Excuse me for any mistakes I may have made in the post,my eyes are about to fall out. :) Check out all the goodies below....we were shocked to get such a huge package for the project! 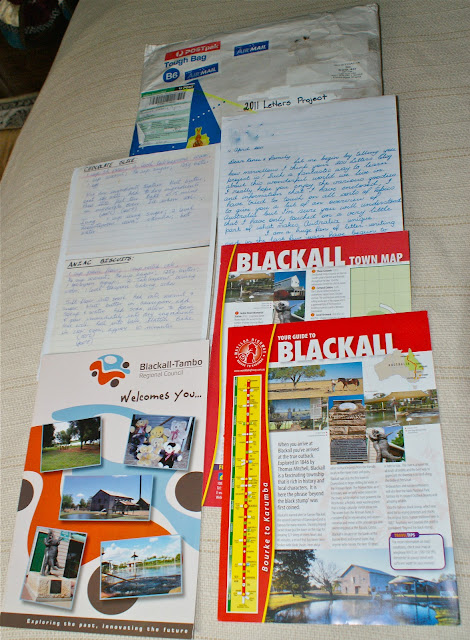 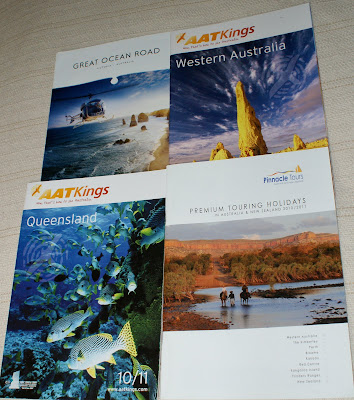 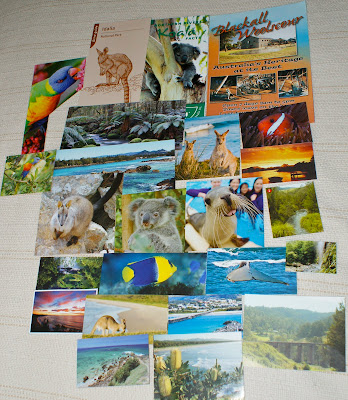 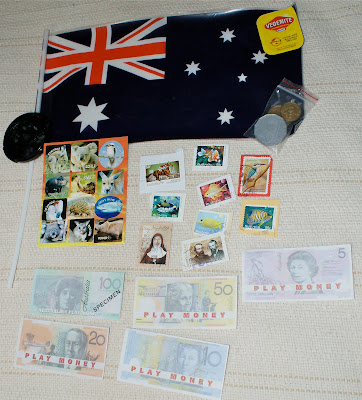 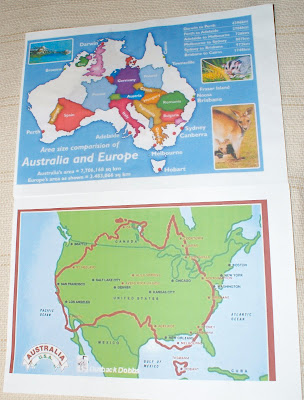 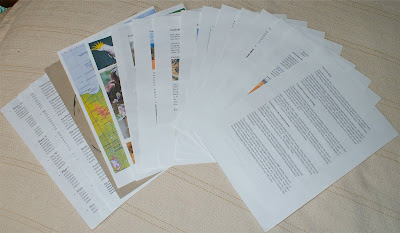 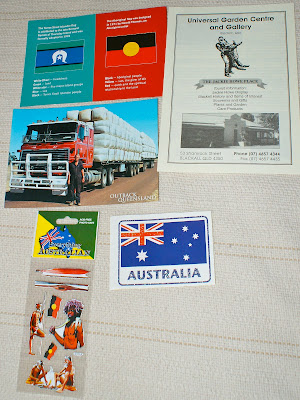