Letter #256 comes from Carrie in Canada....say that fast five times. :) Carrie describes herself as a champion procrastinator,even though she has managed to get two university degrees and a college diploma by age 37.She gets things done,but it just takes her a little longer.

She even said that she was a little worried about how she would represent her country or city.She has lived in Edmonton,Banff,Calgary,Montreal, and currently lives in one of my favorite places I want to visit,Vancouver.She has a graduate degree in library and information studies,so she is an arccivist and librarian.She takes care of historically important documents,but with the current state of the economy,her job hasn't been a permanent one as of yet.

Carrie told us that it was because of the love for her sister that she moved to Vancouver and wanted us to know that life doesn't always turn out how you hope or plan,so basically always make room for the unexpected to happen in life.I'm so glad to hear that she made the decision to be with her sister to take care of her in her time of need and think that she sets a good example of how families should act.She says that her sister is getting better,I'm sure with time she will heal more and more.

Carrie has been with her partner for eleven years now and doesn't plan to get married since she's not one for traditions.She also told us that she has many tattoos,used to shave her head and dyes her hair various punk colors,with blue being her favorite.She currently has long dreadlocks and says the plus to that is not having to brush your hair,so I guess wind is not her enemy. :)

So to sum up Carrie,she has moved around a lot,sometimes writes reviews for money,edits and proofreads for money,watches a lot of tv,reads a lot of books (her favorite writer right now is Amelie Nothomb),watches a lot of movies,prefers walking to any other form of transportation,listens to a lot of music,writes letters,makes cards and bookmarks (and is thinking about selling them).Whew,that was a lot,but that is what she listed for us to know about her,yet she feels like even all those descriptions doesn't really tell us who she is.I hope Carrie is happy with this posting and how she comes across here. 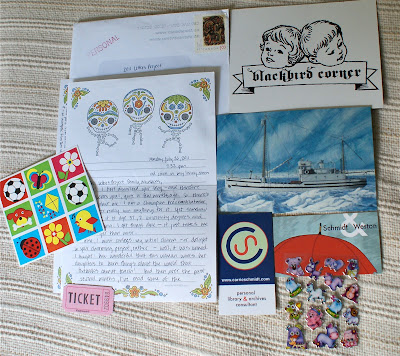