Letter #271 comes from Melissa in Southern Alberta,Canada.She loves to travel and sometimes has to travel for her job.She really enjoys travelling by car since it's a slower journey where you can actually absorb and enjoy the beauty around you as opposed to flying to another destination.Isn't there some saying like it's not the destination,but the journey that counts,so I would agree.It's always fun driving on the roads and enjoying the landscape of new places you have never seen before.

Melissa works for a steel company as a material analyst/warehouse supervisor,where they manufacture pipes for the oil and gas industry.She was originally training to be a professional artist at an art school,then trained as an emergency medical responder.She then worked at her current employment as a medic,which then led to her getting the current position she is at now,so you just never know where life will take you.

She has lived in Northern Canada for six years now.She lived in the Yukon Territory at Watson Lake then at Dawson City,Yukon.In Dawson,she worked at a saw mill,elementary school,a casino and as a dog mushers assistant for four years.As a dog mushers assistant she had to cook dog food and train 36 sled dogs to take travelers out on the trail for a sled dog ride.She told us that we could google Fishwheel Chartered Services to find out more about dog sled rides.

This will come as a shock to many people,but she says she does not have a computer in her house.She says that she already has to spend 8 hours a day on the computer for work,so she rather spend her time at home reading a good book or handwriting letters,etc.She says that if she had a computer in her home,she fears that she would spend more time on it,which would take her away from the things she loves to do,plus she is close to her job,so her computer isn't very far away. :) She also told us that her preferred method of transportation to her job is on her 1974 Kawasaki Motorcycle since getting her motorcycle license just last year.

Thanks Melissa for your lovely letter and postcards,which can be seen below: 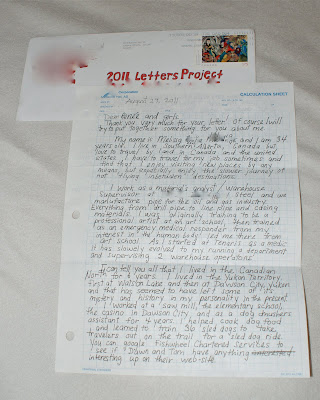 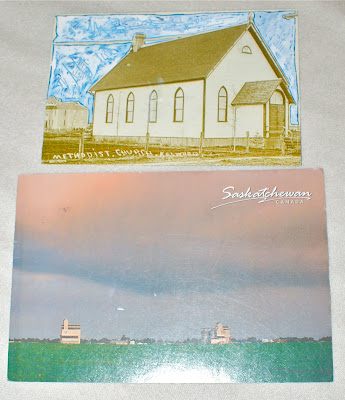